4 days ago HEALTH and FOOD FoodSafetyNews 21 Print this Page
For the fifth time in two months apricot kernels, also known as pits or seeds, are being recalled because of elevated levels of cyanide that could lead to food poisoning.
The three previous recalls, initiated in Canada, were posted on March 11 , March 17 , March 24 , and March 31 . Those recalls and the one posted today all involve imported apricot kernels, according to recall notices posted by the Canadian Food Inspection Agency (CFIA). The problem was discovered during CFIA testing.
The new recall involves Chen-Chen brand Dried Apricot North Almond Seeds.
Chevalier Star Trading Co. Ltd. is recalling Chen-Chen brand Dried Apricot North Almond Seeds from the marketplace due to natural toxin amygdalin. Consumers should not consume the recalled product described below as it contains excessive amygdalin which may cause acute cyanide poisoning.
Distribution details are incomplete, The product has been sold through retail in British Columbia and possibly nationwide.
Apricot kernels naturally contain amygdalin, which can release cyanide after being eaten. The human body can eliminate small amounts of cyanide, but larger amounts can result in cyanide poisoning, which could lead to death.
Symptoms of cyanide poisoning include weakness and confusion, anxiety, restlessness, headache, nausea, difficulty breathing and shortness of breath, loss of consciousness, seizures, and cardiac arrest.
Consumers can use the following label information to determine whether they have the recalled product on hand:

As of the posting this recall, there have been no reported illnesses associated with the consumption of this product.
(To sign up for a free subscription to Food Safety News, click here .) 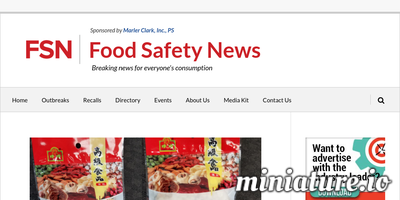