4 days ago WORLD ART ArtNews 40 Print this Page
Monday, February 22
MFA Boston Acquires 48 Henryk Ross Photographs
Collector  Howard Greenberg  has donated 48 photographs by  Henryk Ross  to the  Museum of Fine Arts, Boston . The images depict life in the Lodz Ghetto in Poland during the Holocaust, and they range from official photographs taken for the ghetto’s department of statistics to unofficial ones captured secretly by Ross. The images were originally given by Ross to a fellow survivor or the Lodz Ghetto, who brought them to New York in 1947.
Phillips Appoints New Senior Vice President and Senior International Design Specialist
The auction house  Phillips  has appointed  Beth Vilinsky  as its new senior vice president and senior international design specialist for the Americas team. Vilinsky will be based in New York. A renowned expert in Tiffany glass, she joins Phillips from Christie’s, where she spent two decades collaborating on mid-century modern design sales. Vilinksy also spent five years at Bonhams and six years with her own consultancy group.
Aperture Foundation Names Seven New Board Members
The New York–based  Aperture Foundation  has made seven new appointments to its board of trustees. The new trustees are:  Julie Bédard , head of Skadden’s International Litigation and Arbitration Group for the Americas;  Kwame Samori Brathwaite , director of the Kwame Brathwaite Archive; artist  Lyle Ashton Harris ; photographer  Lindsay McCrum ;  Colette Veasey-Cullors , photographer and founding associate vice president of the Center for Organizing, Representation and Empowerment at Maryland Institute College of Art in Baltimore;  Casey Taylor Weyand , managing director at Morgan Stanley in New York City; and  Deborah Willis , professor and chair of the department of photography and imaging at the Tisch School of the Arts at New York University. They will join the organization’s board in April. 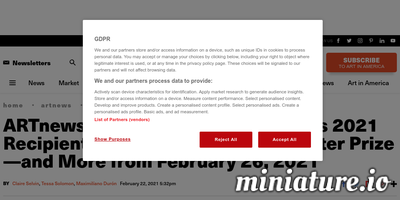