3-12-2020 WORLD ART ArtNews 33 Print this Page
The 2019 Venice Biennale closed more than a year ago, but authorities are still calling on Swiss artist Christoph Büchel to remove Barca Nostra , his controversial contribution to the exhibition. The work, the wreckage of a ship that sank in the Mediterranean in 2015 with up to 1,100 migrants from Libya on board, remains in the Arsenale, a historic shipyard that serves as one of the Biennale’s main venues.
The ship was recovered by the Italian Navy in June 2016 and taken to Sicily. In 2019, the municipality of Augusta in Sicily agreed to loan it to Büchel for one year, with the understanding that it would then return to Sicily to go on long-term display in a memorial garden dedicated to migrant lives lost at sea. According to a report in the Art Newspaper , a Biennale spokeswoman said the two parties signed a contract that “stipulated that all the costs of transporting the boat to Venice and then returning it to Sicily were to be met by the artist.”
Ralph Rugoff, curator of the 2019 Venice Biennale, told the Art Newspaper, “Presenting the wrecked ship at the Biennale would never have been permitted had not Christoph Büchel agreed to be responsible for the costs of returning it after the exhibition. The Venice Biennale has only limited funds available for shipping works of art and its budget was never designed to accommodate the kind of costs associated with transporting something like Barca Nostra .”
A spokeswoman for Büchel’s gallery, Hauser & Wirth, said in a statement that the gallery is not involved in the B arca Nostra project.
Upon its debut, Büchel said he hoped the wreck would raise awareness of the plights of migrants, nearly 2,000 of whom died attempting to reach Europe by sea in 2019. The work proved to be a political and critical flashpoint. Italy’s deputy prime minister Matteo Salvini, of the far-right League party responsible for closing Italian ports to migrant rescue ships, called the display of the boat an act of “political propaganda.” Lorenzo Tonzo, the Guardian’s  Italy correspondent, wrote, “displaying [the] wreckage in such a purely artistic context—far from the institutions that were responsible for the tragedy or the communities that witness this kind of horror year in, year out—risks losing any sense of political denunciation, transforming it into a piece in which provocation prevails over the goal of sensitizing the viewer’s mind.”
Büchel also faced widespread criticism for choosing not to display any texts or labels near the hull explaining its origins.   Information about the ship was included in the Biennale catalogue, which was only available for purchase. As a result, the ship became a popular backdrop for selfies by uninformed visitors.
Reports have speculated that damage sustained by the migrant boat during its transportation to Venice has delayed the wreck’s return to Sicily. The wreck’s metal support frame collapsed while being lifted by a crane in Venice’s port, Margheram, and according to the Italian outlet La Repubblica , Büchel is currently involved in a legal dispute with the shippers for financial compensation over the damages. He also submitted a claim through the Biennale’s insurance policy, which was denied.
A Biennale spokeswoman said, “ Barca Nostra was one of the Special Projects of the 2019 Biennale; for all of these projects the artists themselves are responsible for the transport to Venice, installation of works and the return of the work once the exhibition ends. The boat’s cradle was damaged while it was being shipped here by the firm chosen by the artist and for which he is responsible.” She added that the Biennale has not initiated legal action against the artist, as previously claimed by Italian outlets, but has not ruled out the possibility. 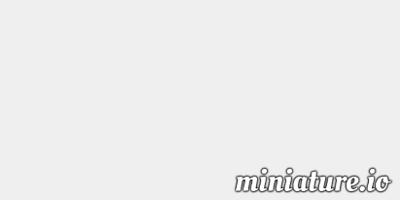