4 weeks ago WORLD ART ArtNews 24 Print this Page
To receive Morning Links in your inbox every weekday, sign up for our  Breakfast with ARTnews   newsletter.
News
Armenian archaeological sites are threatened in a conflict with Azerbaijan, and Armenia’s culture minister has called on UNESCO to condemn the destruction. [ The Art Newspaper ]
After the  Baltimore Museum of Art ’s announcement that it would deaccession three paintings by Andy Warhol, Clyfford Still, and Brice Marden in its collection, two former board chairmen say they are pulling a combined $50 million gift that had been planned for the institution. [ The Art Newspaper ]
Filmmaker Barry Avrich’s documentary  Made You Look: A True Story About Fake Art , which focuses on the  Knoedler forgery scandal, will be adapted into a feature film. [ Yahoo Entertainment ]
The Market
Christie’s post war and contemporary evening auction in London brought in $65 million last week, with works by Peter Doig and David Hockney leading the sale. [ Art Market Monitor ]
Here’s an analysis of Sotheby’s $62 million contemporary evening sale in London, which featured lots by Banksy, Henry Taylor, Glenn Brown, and more. [ Art Market Monitor ]
Exhibitions
Though the 2020 Made in L.A. biennial has been delayed due to the pandemic, some outdoor artworks that are part of the exhibition have opened in the city. [ Los Angeles Times ]
Photographer Rachel Portesi is showing a new series titled “Hair Portraits” at the Brattleboro Museum & Art Center in Vermont. [ Vogue ]
In her first New York solo exhibition in Madison Square Park, Abigail DeVille will present an installation called  Light of Freedom , which references the torch of the Statue of Liberty and serves as an ode to “a long line of freedom fighters who have been protesting to exist in this nation from the very beginning,” the artist said. [ The New York Times ]
Finally, Patty Chang is showing  Milk Debt , a video work about collective fears narrated by women pumping breast milk, in a solo exhibition at the 18th Street Arts Center in Los Angeles.”There’s something superhuman about the body producing this fluid,” Chang said. [ ARTnews ] 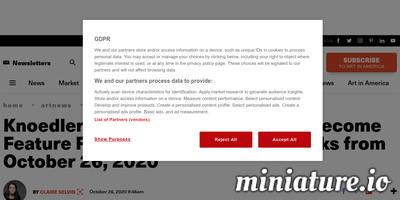