1 week ago WORLD ART ArtNews 21 Print this Page
With the art world’s fall season now underway, one of the world’s biggest galleries has made a significant hire. Kyla McMillan has joined David Zwirner as director, focusing on sales and artist management. She will be based at the gallery’s New York location and start in her new post on October 15.
Most recently, McMillan was a director at New York’s Gavin Brown’s Enterprise, which was long known for its showings of cutting-edge, new art. While at Gavin Brown, McMillan organized the gallery’s first solo shows with artists LaToya Ruby Frazier and Cy Gavin, and worked with artists such as Laura Owens, Uri Aran, Frida Orupabo, Rachel Rose, Thomas Bayrle, and Jonathan Horowitz. She also organized Rob Pruitt’s exhibition of “The Obama Paintings” at the Rebuild Foundation in Chicago in 2019.
“At Gavin Brown’s Enterprise I worked with so many artists who will forever inform how I think,” McMillan told ARTnews in an email. “I learned commitment to one’s work and determination from Alex Katz. Younger artists like Cy Gavin, Rachel Rose and Frida Orupabo have all taught me fearlessness. Rob Pruitt reminded me that care and kindness are rare, but admirable traits.”
She continued, “In my conversations with the David Zwirner team, we talked so much about what it means to truly be a gallery that puts artists first. To me, that means creating a gallery that supports and enables artists to grow and do their best work.”
In July, Gavin Brown shocked the art world when he announced that he would be shutting down his well-regarded gallery, which opened in 1994, and join Gladstone Gallery, which has three locations in New York and one in Brussels, as a partner. McMillan is the first major Gavin Brown alumna to make a significant move following that gallery’s closure, but there is a precedent for it—last year, her colleague, Thor Shannon, was hired as a director at Zwirner.
Prior to her time at Gavin Brown, McMillan had worked as an art communications consultant in Johannesburg, South Africa, where her clients included the Joburg Art Fair, the art publication Between 10 and 5 , the BMW Group, and Night of 1,000 Drawings, an annual event in Johannesburg that brought together established and emerging artists and everyday people to create work to benefit nonprofits in the city. She also held positions at the communications firm Resnicow and Associates and Alexander Gray Associates in New York.
McMillan said her appointment comes at a time when much of the art world—and the world at large—has been going through a much-needed reckoning, particularly when it comes to race and class.
“This past year has demonstrated that shifts in our industry are not just inevitable, they’re necessary,” McMillan said. “I believe I’m evidence that change is good. I don’t fit the typical gallery-director mold: I’m a first-generation, Black woman who has spent the majority of my career working outside of New York galleries. I consider all of these things assets because it informs my questioning of why things are done the way they are and if there’s a better way to do them.” 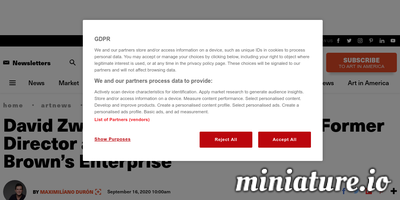