8-11-2019 HEALTH and FOOD FoodSafetyNews 73 Print this Page
Senate Health Chairman Lamar Alexander, R-TN, has announced the confirmation hearing on the nomination of Dr. Stephen M. Hahn to serve as Commissioner of the Food and Drug Administration. The confirmation hearing before the Senate Health, Education, Labor, and Pensions (HELP) Committee is set for Wednesday, Nov. 20.
Alexander announced the hearing date after meeting privately with Dr. Hahn, President Trump’s nominee to lead the U.S. Food and Drug Administration (FDA).
“I had an excellent meeting with Dr. Hahn and believe he is well-qualified to lead the FDA. As an oncologist, Dr. Hahn knows firsthand the importance of bringing new, lifesaving drugs and devices quickly through the regulatory process as well as the need for innovation for patients with debilitating and chronic pain. As a successful chief executive, he will bring a guiding hand to an agency tasked with protecting the public’s health,” Alexander said .  “This is a crucial perspective at a time when FDA is implementing the 21st Century Cures Act, regulating tobacco and vaping products, addressing the opioid crisis, and protecting our nation’s food supply. ”
Hahn, who is currently the chief medical executive at the University of Texas MD Anderson Cancer Center in Houston, was nominated Nov. 1 by President Trump as the nation’s 24th FDA Commissioner. AM Anderson is one of the world’s largest cancer centers.
Dr. Scott Gottlieb, Trump’s first FDA Commissioner, stepped down in April after 23 months on the job. Gottlieb liked being commissioner, but he didn’t like being separated from his wife and three daughters, who continued to reside in Connecticut.
In the meantime, FDA’s reins are in the hands of an acting commissioner. Dr. Ned Sharpless held down the fort until recently when he handed off the acting job to Dr. Brett Giroir. The Federal Vacancies Reform Act limited Dr. Sharpless to 210 days as acting FDA Commissioner before he had to return to the National Cancer Institute, where he is the director.
Dr. Giroir, who is Assistant Secretary for Health (ASH), has been acting FDA Commissioner since Nov. 6. He is also a four-star Admiral in the Public Health Service.
Hahn will be using the time between now and Nov. 20, preparing for the confirmation hearing and meeting one-on-one with HELP Committee members. FDA’s hot button issues, such as the vaping crisis, the opioid crisis, and persistent delays in approvals for drugs and medical devices, will like to generate the most questions from committee members.
The food safety side of the FDA’s house is likely to get far less attention during the confirmation process. But, the FDA and the federal Centers for Disease Control and Prevention did recently keep an E. coli outbreak involving romaine lettuce from the public for six weeks.
Hahn’s meetings with the Senators is also leaving behind more detail about his life. Married for 30 years with four children, a younger Hahn served up ice cream at Friendly’s. Had he not become a cancer doctor, he might have become a wine-maker.
Senate committees generally do not vote on confirmation on the same day as the hearing because the record remains open for a time afterward. The Committee is on track to report its recommendation to the full Senate by Thanksgiving.
If his nomination is reported favorably, Hahn will join more than 100 “key” presidential appointees who continue to wait for a vote on their nomination by the full Senate.
Mindy Brashears, named by the president as USDA’s undersecretary for food safety, did not get a vote in the previous Congress. The Senate Agriculture, Forestry and Nutrition Committee again reported her nomination out favorably to the full Senate on May 14.
Secretary of Agriculture Sonny Perdue named Brashears as deputy undersecretary for food safety so she’s been able to work while waiting on the Senate hearing on her undersecretary nomination.
Senate Majority Leader “Mitch” McConnell puts a priority on judicial nominations over diplomatic and administrative officials like Hahn and Brashears. The prioritizing is required because minority Senators can mount time-consuming maneuvers to slow down the works.
The Partnership for Public Progress in cooperation with the Washington Post reports that just 490 to 740 “key” presidential appointments are filled. The project has tracked nominations and confirmations since President Trump took office.   There are 111 awaiting Senate floor actions on their nominations. The president has yet to fill 140 “key” administrative and diplomatic vacancies requiring Senate confirmation.
For McConnell’s priorities, it is a different story. A total of 158 Trump judicial nominations are confirmed to date. That includes two Supreme Court justices, 45 appellate, and 112 district court judges.

OPINION
Editors’ note: At this time, the credibility of the Food and Drug Administration (FDA) and the Centers for Disease Control and Prevention (CDC) is not to be trusted. Both agencies have shown a reckless disregard for the public’s right to know, and their reliability going forward remains suspect. 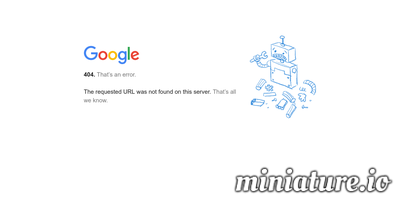