2-8-2021 WORLD ART ArtNews 41 Print this Page
Monday, August 2
Stephen Friedman Gallery Now Represents Tau Lewis
Stephen Friedman Gallery  in London now represents Canadian artist  Tau Lewis . A self-taught artist, Lewis employs carving, assemblage, and hand-sewing to construct intricate sculptural portraits and quilts. Referring to her artistic practice as “an upcycling of a circumstance,” she reconfigures found objects as conduits between real and imagined ancestors. She currently has a solo show on view at the National Gallery of Canada in Ottawa. Later this year, her work will be featured in group exhibitions at the Hammer Museum in Los Angeles, Sadie Coles in London, and Prospect.5 in New Orleans.

Anton Kern Gallery Now Represents Marcus Jahmal
New York’s  Anton Kern Gallery  has added  Marcus Jahmal , a young artist known for his dreamlike figurative paintings, to its roster. The New York–based artist typically paints inspired equally by his own memories and art history, and his works have been known to include anthropomorphic animals, card players, skulls, landscapes, and more. Earlier this year, he was the subject of a solo exhibition at Almine Rech gallery in Paris, which also represents him. Jahmal is due to have his first show at Anton Kern in December.


Serpentine Launches Artist Fellowship Program
To mark the 20th anniversary of the Serpentine Pavilion ,  London’s  Serpentine Galleries  has announced a new fellowship for artists working at the intersection of art,  politics and community practice. Ten artists have been selected for the inaugural program, titled “Support Structures for Support Structures.” Each will receive an unrestricted grant of £10,000 to develop creative projects as well as a mentorship. The recipients are  Abbas Zahedi,  an   interdisciplinary artist whose practice blends philosophy, poetics, and social dynamics;  Barby Asante ,   an   artist, curator and educator whose practice is concerned with the histories and legacies of slavery and colonialism;  Beverley Bennett , an   artist and filmmaker whose work revolves around the possibilities of drawing, performance, and sound;  Blak Outside , a collective focused on organizing diverse and inclusive events;  Ferarts Collective,  an artist-led group that elevates underrepresented and socially-engaged creatives based in West London;  Jacob V. Joyce,  a nonbinary artist with a practice that amplifies historical and emerging queer and decolonial narratives;  Nawi Collective,  a London-based black women and femmes’ vocal group;  Other Cinema,  a   multidisciplinary film collective;  Resolve Collective,  a design group that combines architecture, engineering, and art to address social challenges; and  Skin Deep,  a pr e dominantly Black and POC-led collective supporting creative projects. 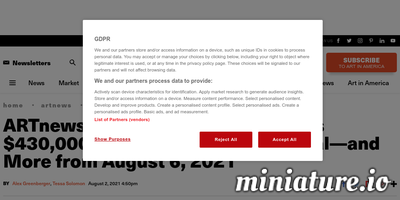