The Creation of “Women”: Zanele Muholi at Tate Modern

In her 1997 book The Invention of Women: Making an African Sense of Western Gender Discourses , Oyeronke Oyewumi , a US-based Nigerian theorist, contests the conventional assumption that gender is a fundamental social category in all cultures—an organizing principle that requires the marginalization of those deemed women. Instead, in pre-British Yoruba society, “anafemales, like the anamales, had multiple identities that were not based on their anatomy. The creation of ‘women’ as a category was one of the very first accomplishments of the colonial state.” In the new public sphere, the powerful colonizers and their local allies entrenched a two-gender model in social policies, practices, and ideologies.
Zanele Muholi : Katlego Mashiloane and Nosipho Lavuta, Ext. 2, Lakeside, Johannesburg , 2007, inkjet on paper, 30 inches square.
South African photographer Zanele Muholi’s documentation of their place of birth and nonbinary community was decorously staged at Tate Modern in 2020, but sadly closed early due to the pandemic—although a description and several images can be found on the museum’s website until May 31, 2021. With more than 260 photographs shot since 2000, as well as archival material and videos, this solo show was the most comprehensive presentation of the visual activist’s work to date. Highlights included Muholi’s most praised series, “Only Half the Picture” (2003–06), featuring intimate studies of LGBTQ friends and acquaintances, and “Somnyama Ngonyama” (2012–), comprising eighty self-portraits.
Busi Sigasa, artist and former colleague at the Black lesbian organization Forum for the Empowerment of Women (FEW), co-founded by Muholi, was the first to be photographed for the ongoing black-and-white series “Faces and Phases” (2006–). Sigasa survived a hate crime only to succumb to AIDS eight months later, at the age of twenty-five. An HIV/AIDS activist, she is commemorated in the exhibition catalogue with a reproduction of her poem “Remember Me When I’m Gone,” containing a list of timeless affirmations: “I crafted and drew beautiful pictures . . . I made nations aware.”
Zanele Muholi: ID Crisis , 2003, gelatin silver print, 13 by 19 inches.
People who are self-fashioning and who exercise bodily autonomy are typically forced to account for their presence in more ways than one, which often makes their public life extremely precarious. In “Brave Beauties” (2014–), a series of black-and-white portraits, Black transwomen Roxy, Yaya, Candice, Eva, and others relax in private or visit a studio to pose, unabashedly displaying differences that are not ordained exclusively by nature. Muholi’s proud record of lesbian, gay, bisexual, trans, queer, and intersex South Africans serves as a cultural corrective, expanding prior notions of Black queerness and enriching the visual heritage of post-apartheid South Africa.
Oyewumi argues that “race and gender categories emanate from the preoccupation in Western culture with the visual and hence physical aspects of human reality. Both categories are a consequence of the bio-logic of Western culture.” When we overemphasize the visual sense and read the body solely as a blueprint for social engagement, we diminish the essence of personhood. What the West (and those who have adopted their habits) woefully neglect, Muholi’s photographs make clear, is the body as a lived experience—something much more than an object on view for assessment and categorization by others. 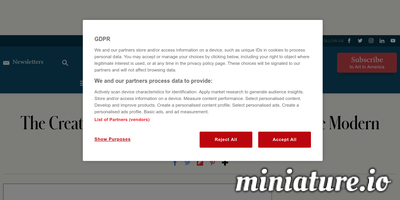